Northern Lights in the UK

On the 20th April, a geomagnetic storm arrived at planet earth, courtesy of a coronal mass ejection (CME) event on our nearest star, ‘the sun’. 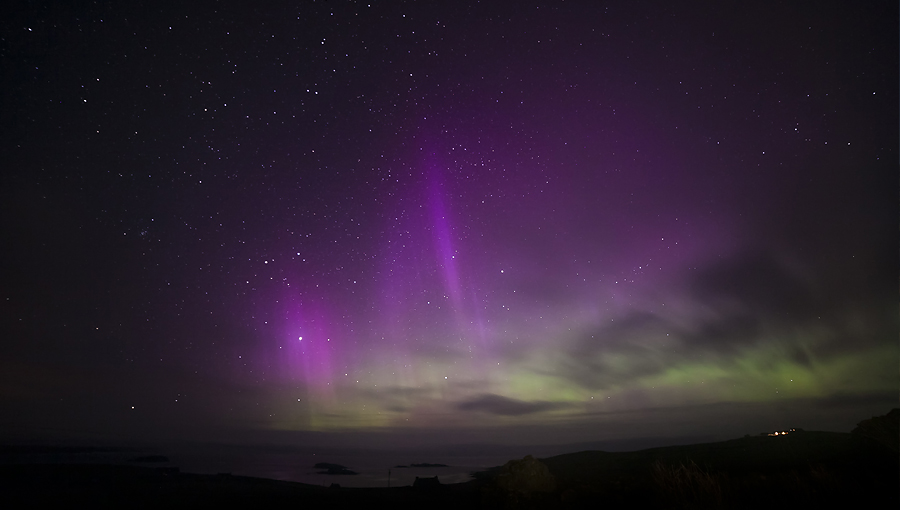 What you see below is a timelapse of the view from possibly the best aurora watching location in the UK, the island of Unst in the Shetlands. I was only able to capture 120 frames as it was windy and wet and the lens soon got soaked, so the 5 seconds of footage has been slowed down in AfterEffects (this is why the video is blurry compared to the still above).

While reviewing the photos I noticed some strange lights (at the 17 second mark in the video), and I’m still puzzled as to what they are. The lights were exposed over two consecutive stills, which were 25 second exposures with 1 second between shots. I’d appreciate some suggestions so please leave a comment if you have any ideas! Here are 100% crops of the two stills: 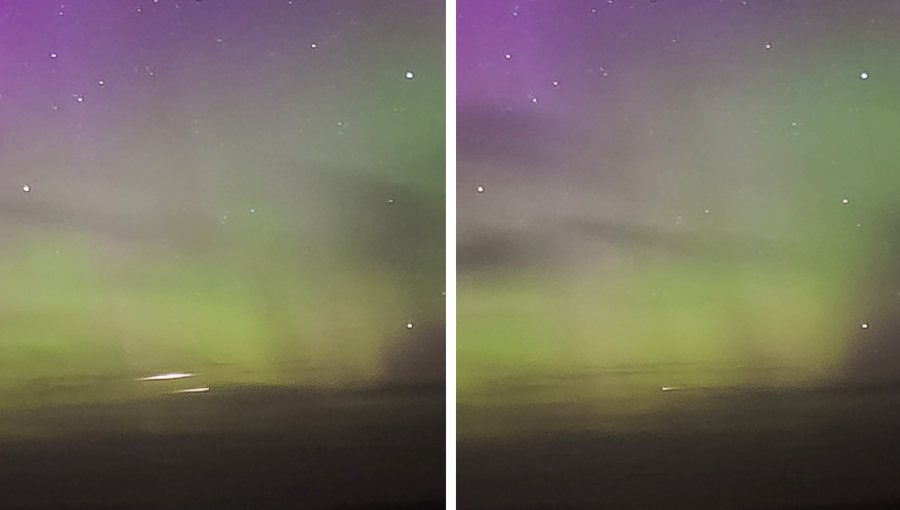 While the aurora above was actually quite dim to the naked eye, it is possible to see very strong displays in the UK. Below is the best aurora I’ve seen from the UK. I was lucky enough to witness this display back in 2011 from the same location. 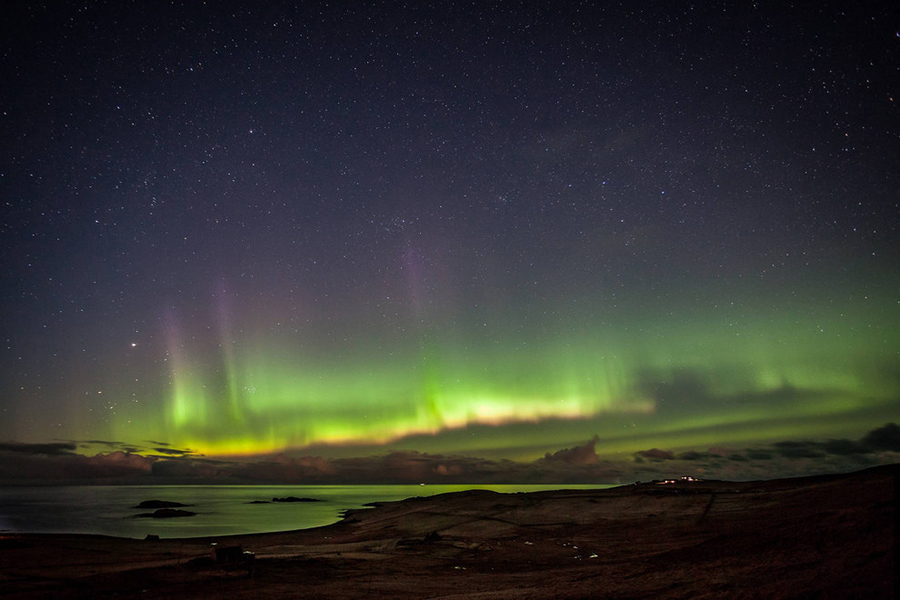